Put Our Women On the Money! 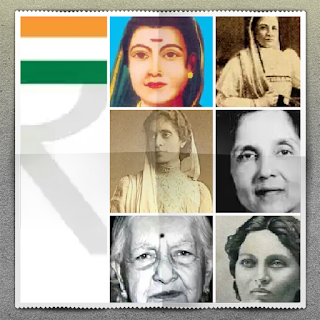 "Women hold up half the sky."

They have been contributors in every field, playing leading, formative roles in many walks of life. They have been equal participants, contributors, leaders and of the struggle for Indian Independence at the .

Yet we enough mention of women in our history books or in the public sphere. This is because in our imagination, they have largely been relegated to the home to do “women’s work” (like childcare, cooking). Their work has either not been valued at all, or has been consistently invisible.


If we want to change things for Indian women, there may be no single magical solution. But perhaps to highlight the work of Indian women, past and present, in contributing to Indian society would be a beginning? We would like to hold their lives up as role models for our current and future generations to look up to.

And what better way to achieve this, than to put these faces on a common everyday object, like a currency note? As this also happens to be a token of economic power, it has a symbolic purpose too.

As a start, we plan to petition the Government of India and RBI to include a woman on the Rs 100 currency note.

After some thought, we have come up with the following initial shortlist of women who we believe could be candidates for this purpose.

Aruna Asaf Ali Freedom fighter, best known for hoisting the flag of the Indian National Congress at the Gowalia Tank Maidan in Mumbai (then Bombay) during the Quit India Movement. She also served as the first elected Mayor of Delhi.

Pandita Ramabai  Pioneer in learning, self-taught woman who opened a shelter–cum-school for widowed women, travelled and wrote extensively, translated the Bible into Marathi.

Cornelia Sorabji First woman to ever sit at the Bachelor of Civil exam at Oxford University, to law in both India and Britain.

Savitribai Phule  Opened the first ever school for the downtrodden among the first to fight against Casteism and Brahminic-Casteist culture, led a mass movement uniting the oppressed class against Brahminic values and thinking.

Do you have others in mind? Please do leave your suggestions in the comments below. We are looking to add to this list. If you could provide us with web based links to the profiles of your suggested candidates, it would be great! )

Posted by womenoncurrency at 03:24 26 comments:

womenoncurrency
This blog has been created with the specific purpose of petitioning the Government of India to put the image of an Indian woman on a currency note, hopefully a hundred rupee one.Don't you think we are already 67 years too late?